Butt hay! With quite the minimal amount of code, I got the compiler to be able to in a nice way tidy up identifier names, since G1ANT doesn’t allow any [^a-zA-Z0-9_] characters in their identifiers.

And pffffffffffft, no why would I just remove the special characters? What’s the fun it THAT?! 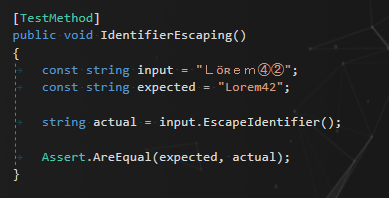 And also, now it sees these two variables are different but the generated name is altered to avoid conflict: