^this here gives an exception if you toss it into the compiler nowadays, but PRE This addin it didn’t!

The biggest hurdle though was to fuyckin check what the result of an operation was…. UGGGGG

To solve that, I someone cheated. I mixed try-catch statements with the dynamic keyword…. 👿😈 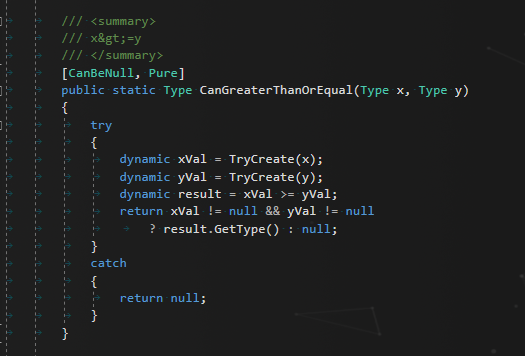 I MEAN, MAYBE I could’ve made a robust USE-REFLECTION-TO-CJECK-FOR-OPERATOR-FUNCTIONS but FUCK THJAT when you can just do this^^^^

Also SHUT UP, I know I’m checking for null AFTER doing the operation, butT FUCK IT