But I’m like, “Hey I want to use return values.”

So my solution is as a like this one: If used as a return value, just translate it into an out param! BriLLIanT! (+ some other stuff in complex scenarios)

Glance at the following Robot++ and generated Robot code example below: 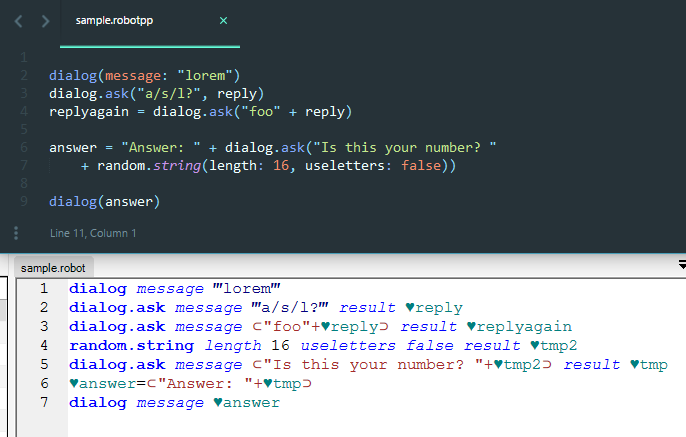 Slick AF if you ask me! Especially the tmp vars stuff! They’re extra hot B]

The project is apparently at 5k lines of C# code so far, according to this poopscript: https://github.com/rrwick/LinesOfCodeCounter

That’s it for todais bost,

This post was originally posted (by me) here: https://itsa-me-jag.tumblr.com/post/172518769667/making-a-compiler-ep-5-calling-g1ant-commands