For starters, I'm transferring some of my posts from other social platforms at the moment. Mostly from my tumblr page.

I'll change this pinned post later once that's more complete. In the meantime, please help yourself with reading my old rants, especially my “adventired of g1ant” series (that I never completed).

Rewriting a compiler, for work, as an intern

When searching for internship via school I found this small startup with this cute project of building a teaching tool for programming. There were back then 2 programmers: the founder and the co-founder.

Then like 1 week before the internship started, the co-founder had a burnout and had to get off the project, while the company was so low on budget the founder, aka my new b0ss, had to work separate jobs to keep the company alive. (quite metal tbh)

It's funny because I'm a junior developer, 100%. I've been coding as a hobby for around 8 years now but I've never worked in a big company before. (No exception to this workplace either)

First project I get: rewrite the compiler. The Python compiler. “But wait, why not just embed a real compiler from the first case?” -nanananana it's never simple, as you probably know from your own projects. 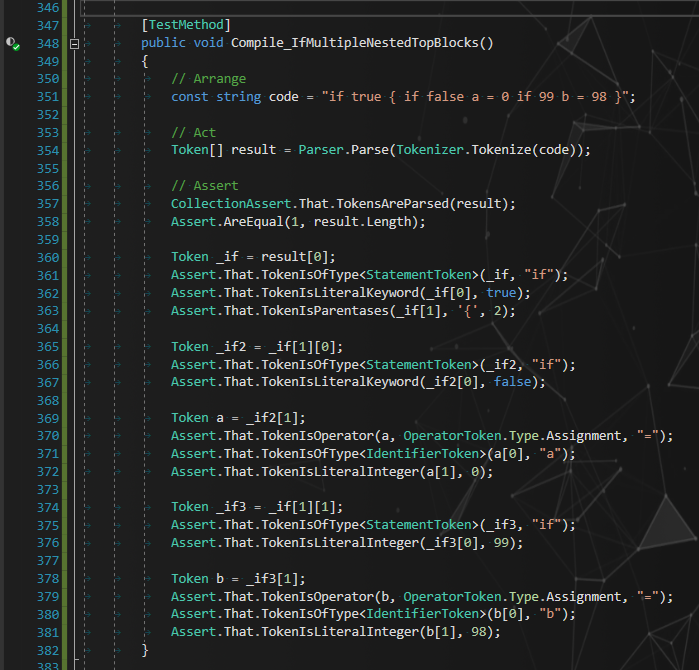